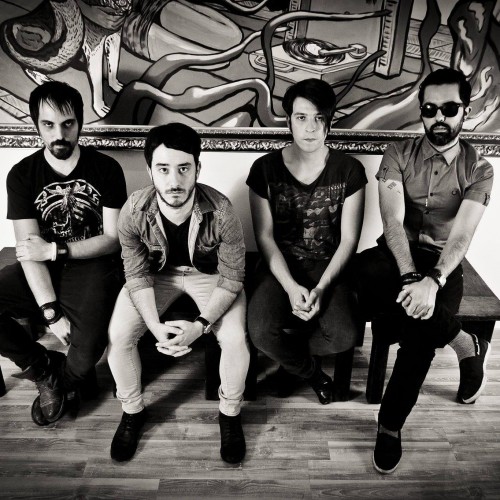 The Voyage is an alternative rock band from Malta composed of four members, Ian Bonnici (vocals & guitars), Ryen Refalo (guitars), Daniel Genuis (bass & backing vocals) & Daryl Curmi (drums). The band has been around for a couple of years & had its first release ‘The love you never took’ in August 2014. The song features the mellow, melancholic side of the band with lyrics reflecting past experiences.

A couple of gigs followed to accompany the song and the band immediately started to work on a follow up to the song. When releasing the first song, most of the times a band would be still finding its own sound and identity. In fact, the new songs that the band wrote, are more upbeat, more alternative and lighter in theme. This is reflected in the band’s second release, ‘We’ll run’, an upbeat track which really put the band’s name on radio listeners since it really got a lot of airplay and made it to the No.1 spot on the PRS charts in Malta.

Working with top notch producer David Vella, the track turned out to be a bomb highlighting Ian’s signature vocals and some slick, clever guitar licks. The song was accompanied by a video which has over 7,000 views on Youtube, not bad for a first video release! The Voyage performed at the Farsons Beer Festival in 2015 and also at the Aria Complex, opening for Airport Impressions.

Both performances were very well received by the crowd present and also by people in the music scene in Malta. The Voyage opened up 2016 in style with the release of ‘Good times’, an alternative number with a haunting synth-­bass line that gives the song that particular edge and a good vibe to it.

All the four members have different musical influences and if you listen closely, you can really make out some of the influences that drives the composition of The Voyage’s songs. More things will come in the future from this band so stay tuned!