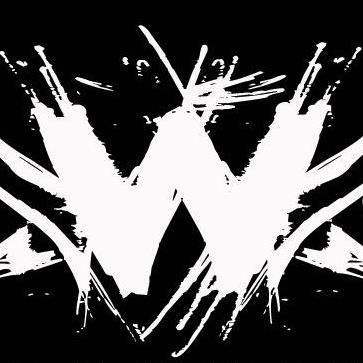 WaterWings came to existence in October of 2010, when they were all in their fifth year at secondary school. A gig opportunity came up and Ryan asked Marc, Luca and another guitarist at the time to play. It was their springboard on a main stage as WaterWings together, even though weather conditions did not help them. They realised that this was one project that deserved attention, dedication, and made them realise that it was not worth leaving it as a temporary one-time thing.

Their journey continued from there and they managed to come up with some ideas for original songs. However, they were still mainly focused on covers. In August 2011 they participated in a Battle of the Bands at St. Agatha, which they ended up winning. In November of the same year, they were runners up in the Junior College Battle of the Bands. They also played a couple of gigs elsewhere. After that period, WaterWings were inactive for some time. The band decided to change mentality, start taking the project even more seriously and work harder to come up with a sound that they could can call ‘theirs’. It was during this time that they were reduced to three members (Marc, Ryan and Luca) and they started working on new material that eventually led them to find ‘their sound’. The process took its time, especially with school commitments.

In November 2013, they decided to gig for their three year anniversary as WaterWings and they asked Rene to play synth for that occasion. The gig went really well, and they thought that Rene had supplied the ingredient that was felt missing in their sound. After that gig, Rene became a member of WaterWings. It was then in March 2014 that they hit the studio and recorded their very first single ‘Steal the Crown’ at Foreface studios, under the direction and production of the talented, and vastly experienced Niki Gravino.
WaterWings then decided that it was fitting enough to shoot a music video to accompany the song. They wanted the video to be powerful in order to introduce the band to the music scene. A mixture of their ideas and advice of the directors Carlo and Sebio (from Neomax Studios) led to the music video of ‘Steal the Crown’, which was filmed in August. The song, together with the music video, was released mid-September and was very well received. It spent about twelve weeks amongst Malta’s top 10, and also charted at the PRS Malta Top 20 Airplay Chart.

Now, WaterWings have presented their second single ‘Forever Clear’. Once again, they trusted the recording and producing at the hands of Niki Gravino, and Carlo Tonna de Lorenzo with the accompanying video. This video is radically different from the one filmed for Steal the Crown and can also be found on YouTube. The song is available on iTunes and Spotify.

The band’s main aim is to continue working on originals and they plan to release an EP as their next step.