It’s a sign of the times when a genre of music gets its own Voluntary Organisation to promote and kindle its spread in a country. Music has the power to touch and elicit reactions, so it is no wonder that it also has the power to inspire and bring together people of a similar ilk towards obtaining a goal. Over three decades after electronic music was first heard on these shores, Electronic Music Malta is determined to push the envelope and raise awareness in Malta when it comes to music produced electronically

“The community on the internet really started EMM,” explains Edwin Balzan, one part of electronica group Duo Blank, and one of the founders of EMM. He sits among an array of keyboards, synths, drum machines, sound cards, and one of the most extensive collections of leads and connecting wires I’ve seen, in his studio in Qormi. “But we wanted to move things forward. We contacted Toni Sant after he became the new Arts Director at the Centre for Creativity at St. James Cavalier, to give some lectures – we’d been giving lectures since 2006, with lectures in schools and other places. We continued with other good initiatives like the Red Bull Music Academy (where we were in the panel) and also having foreign musicians over to give lectures – like Mike Huckaby from Detroit.”

Edwin forms part of a committee that takes care of EMM made up of his peers from the scene – Owen Jay, Neil Hales, Keith Farrugia, Frank Cachia, Toni Gialanze, Andrew Magro, and Bjan-Jansen Darmanin. “We come from three generations of electronic music in Malta. Some of us in EMM have been involved since the 80s, when electronic started out here. There was already a scene of electronic bands located at the Tigne’ barracks at that time. They used to hold gigs in the Tigne’ chapel, which I have to say has great acoustics and used to work fantastically,” Edwin smiles. 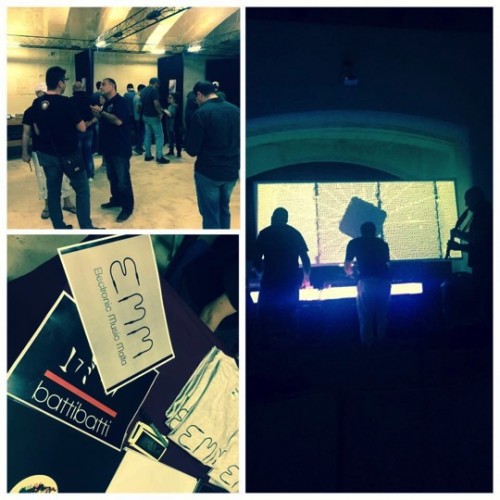 “The scene evolved from the bands and clubs in the barracks. As part of Duo Blank, we helped kick off the electronic music scene. We played at events that would get thousands of attendees, around the late 90s to the early 2000s.”

The Maltese electronic scene’s state in 2015 can be seen in the array of events happening every week, from the more underground techno or psytrance events to the more commercial Creamfields or Café Del Mar style events – and a lot more in between. “There were events but I started thinking about how to move the scene forward,” Edwin continues. “Bjan sent out an email about getting more highlighting of the scene nationally. There were loads of national events, but they rarely involved electronic music. There was a stigma around electronic music. So we reached out to Culture Minister Owen Bonnici and he replied and we had a very interesting meeting.”

“There was a movement to take advantage of the newly planned building which would have also housed the carnival float builders, but then I said wait, this is electronic music, all we need is a tablet to communicate, we don’t need a building. So then we launched the Voluntary Organisation as a base.”

When it comes to electronic music, a scene that has boundaries that are porous and sometimes non-existent, EMM had a vast selection of topics to discuss locally. Synths, unsurprisingly, was a popular topic. “We did events on themes like modular synths, drum machines, going back to the first synths created, on the classic albums. Last year we did the first Synthesizer Expo, to support the Autism Centre. They do it a lot abroad, and we set it up in the Barracks at Ghajn Tuffieha. In our launch event at St. James Cavalier, Toni Gialanze gave a talk on visuals and sound creating real time graphics in response to the sounds. When we started seeing the feedback to our first event, we realized we could do so many things together.” 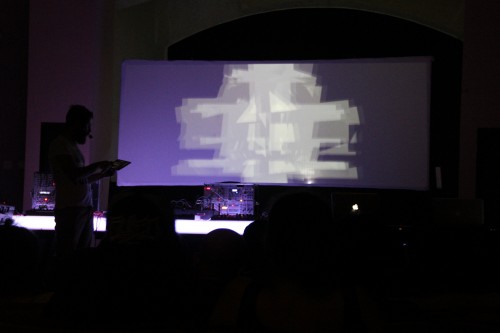 With many sectors of the artistic community finding themselves looking inwards in 2015 (post-Suda acting community anyone?) and having to better define what the ethos of their communities will be, the electronic music scene finds itself in a healthy place. With strict quality control coming already from the DJs and audience themselves, and groups and labels set up specifically to contribute to this scene, EMM is only going to build on what is already here – and what their members have been helping grow for nigh on 30 years.

Edwin lays out EMM’s plans for the future. “We have a year of activities coming up at St. James Cavalier, every quarter, dealing with things from movies to copyright to installations, everything to do with electronic music,” he winks. “We’ve even set up memberships with great benefits to those who join.”

“What we’d love is a radio station that covers electronic music in all its styles. We have radio stations for classical, folk, pop…106.6 used to cover electronic music, even Smash, back in the late 90s. The strongest thing Malta’s electronic scene is offering right now is the talent on the island, especially given the size. Malta has always been like that, influenced by different cultures, and when electronic music landed it was embraced.”

However, not all is rosy in the land of electronica. “There is a bit of stigma in Malta when it comes to electronic music, especially with the contemporary scene. Paceville is seen in such a terrible, stigmatized light, even within our own scene. Electronic music needs to be explained and presented better; even the most commercial music coming out today is electronic music, it was produced by a non-human, so…I hear people talking negatively about people like David Guetta or Avicii. That is still electronic music, and I would be lying if I said I didn’t want to do some of the things David Guetta did,” he laughs. 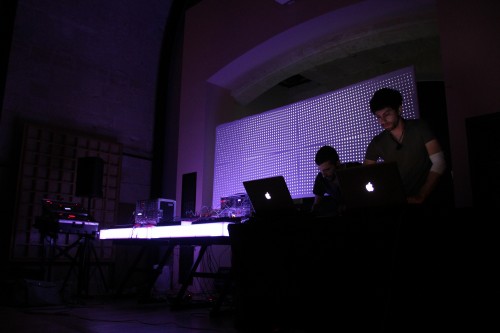 Being so used to people talking terribly about anyone who make considerable money from music, Edwin’s approach is refreshing, and more than anything, shows that his heart really is in it – electronic music is electronic music, and gets his support.

“There is a lack of recognition for a lot of things, and the stigma is coming from an electronic music scene seen as coming from the clubbing scene. On the occasion of Earthgarden the authorities vetted the DJs and electronic live acts playing there, but didn’t vet any of the bands playing. This is stigmatization coming from the authorities. And anyway, are we going to condemn a musician for a mistake in his past, or try to bring him back into society?” asks Edwin reproachfully.
“We focus on trying to push people to celebrate everyone’s success. But to look at Malta, we have antagonism in politics, in football…and in a very competitive scene you’ll always have this. We want to push artists who have never played or who don’t have the connections, not based on the tickets they can sell.” Edwin looks thoughtful, and then finishes his thought. “We want to take electronic music beyond the clubs. It doesn’t need to be club music, it can be whatever to suit the context – drone-y music for churches, you know….”

With the idea of Mosta Dome filled with sustained notes and tons of reverb, and enjoying the picture, EMM is clearly thinking along the same lines as the originators of electronic music were thinking – this is going to sound good, and its going to sound even better in this venue, with these lights, and these effects. Forget the haters, they can enjoy the good vibrations from the outside.

EMM will be holding a session public discussion on the 24th and 25th of September, at Studio A in St. James Cavalier. The first discussion will focus on a range of key issues, from health considerations to legal policies to digital marketing development, and the second discussion will be around the principles of sounds as applied across different acoustic instruments and finally the synthesiser. 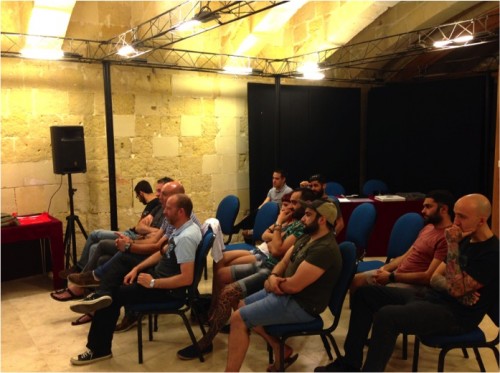